Portraits series » “You may be laughing, but if you don’t run you won’t get a ticket.”

Our series of expat portraits continues in 2016 and we are again meeting someone from across the atlantic. We meet Paola, a young american woman, who came to Berlin for someone, and stayed for someone too.

My name is Paola. I am from the city of Atlanta in the United States. I am in the Ad-Tech industry, enjoy art, and making my own furniture. I love food, maybe too much.

Why did you move to Berlin and why you stayed?

I moved here for love (cheesy, I know). I guess I stayed because of love too (and the amount of vacation days). I moved here from NYC and initially thought it would be too “small”, but Berlin has something for everyone!

When did that happen ?

My last day of work was Friday, March 1st 2013. I flew out the next morning and arrived in Berlin on Sunday the 3rd. I can’t believe it has been three years!

What did you expect in particular when moving here ?

I expected to be less stressed out than I was back in the States. I was also naive enough to think that I would settle here really quickly.

Were those expectations fulfilled ? Did you regret your decision ?

Hah. It took a little longer than I had anticipated for me to feel at home here. My stress expectation was definitely fulfilled. Life here is much more relaxed and the quality is much better than in the States. Money also goes much farther here than in NYC. I do not regret moving here at all. 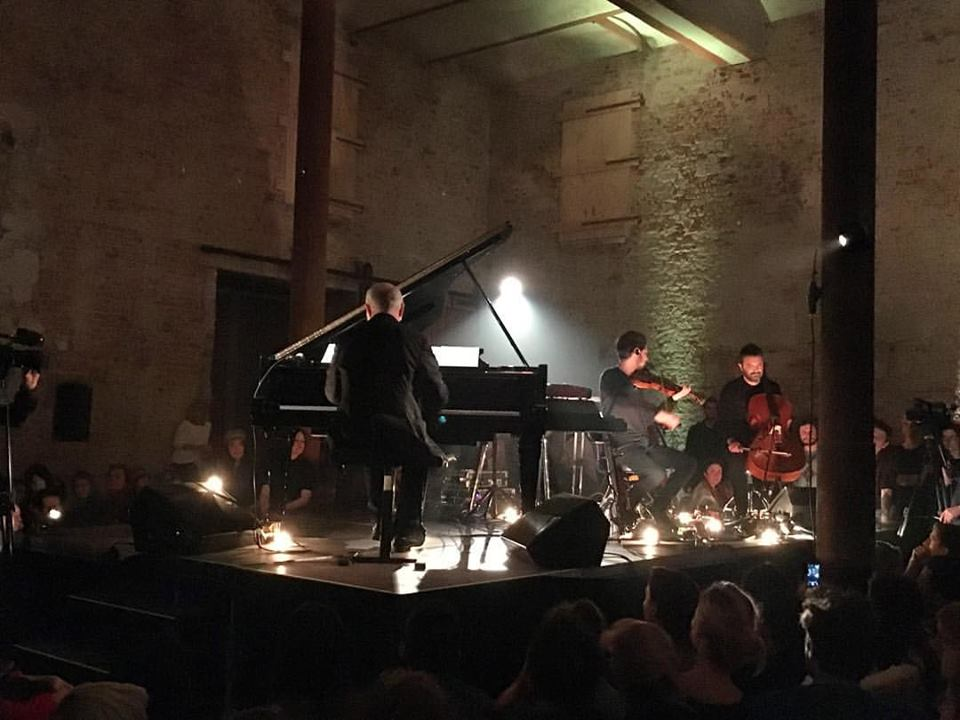 (Only in Berlin: Intimate Ludovico Einaudi concert in a restored Brewery)

Sum up your life in Berlin with one animated gif :

Would you have done some things differently to settle here?

Other than making an appointment at the Ausländerbehorde, I don’t think so. No matter how much you plan, life has its own way of doing things.

What sort of advice would you give to someone who would like to move here?

I would advise the person to come with a bit of savings so that you are not stressed to get yourself settled here. Other than that there is not really much I have to say that can’t be found on this blog…wait! Make an appointment at the Ausländerbehorde if you have to go there. If you don’t make an appointment you need to be there at 5am and hope to get a ticket. When they open those doors you run as fast as you can to your designated area. You may be laughing, but if you don’t run you won’t get a ticket.

What is your favorite thing about Berlin ?

My favorite thing about Berlin is that it is rather easy to get away. I love being in a big city, but sometimes you just want to go out in nature and Berlin is great for that. Especially in the summer when you can visit one of the many lakes.

What do you dislike the most ?

There is this terrible place here. A place that has shaken me to my very core. Even though I have zero sense of direction, I always know when I am near it. I call it hell on earth, but it is formally known as the Ausländerbehorde or the Immigration office. If you have ever needed to go there you know what I am talking about (blood brothers for life). If you don’t have the need to go, consider yourself lucky (I’m talking about you EU passport holder).

How long would you like your love story with Berlin to be ?

As long as it wants to be 😉

I am a Mitte girl and like to stay around my neighborhood, but I will try and keep this unbiased.

Best Bar: Definitely Kaschk (Mitte). It is a Norwegian craft beer bar with a shuffle board in the basement. The atmosphere is great and the owners are very nice. The shuffleboard is definitely worth trying out, it will bring the competitor out in everyone. 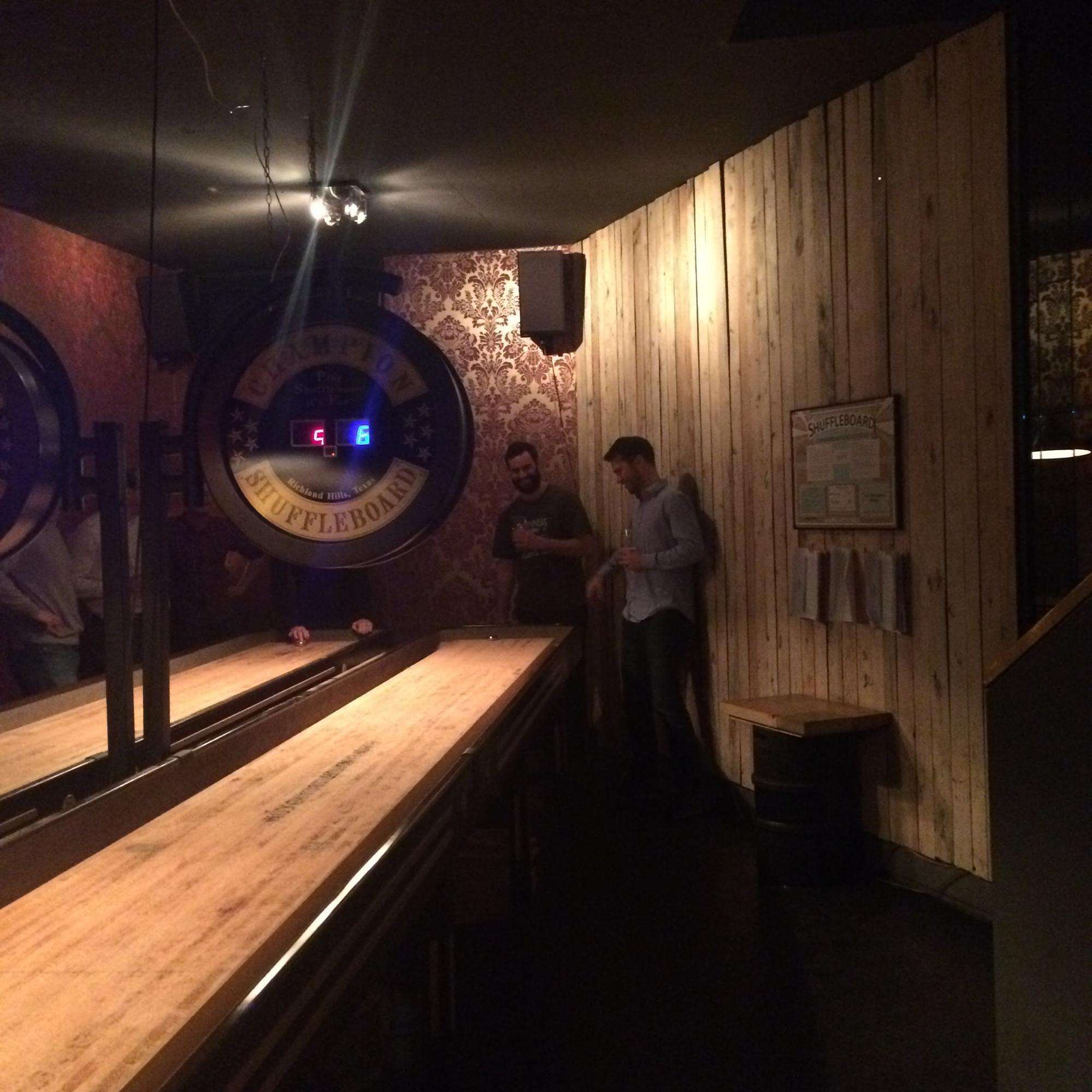 Best Club: This is a tough one as I have had different experiences at the same club. It also depends on the weather. I would recommend Kater Blau in the summer. They have good music and the atmosphere is a bit ethereal. They also sell delicious chili!

Best Brunch: 100% Morgenland. They do everything right. Prices are good, food is delicious, and the service is EXCELLENT. Compared to the States, the service in Berlin is not the best, but these guys make me feel like home. They are just genuinely nice people. The food is a mix of German and Turkish with dishes for both meat and veggie eaters alike. The original (across from Görlitzer Bahnhof) gets really packed, so make sure to reserve.

Best Burger: Berlin Burger International. I have tried almost every burger on the “top ranked” lists and this one is still my favorite. Get the BBQ burger, you won’t regret it 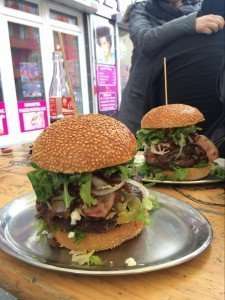 Best Pizza: Most people will tell you it’s the Standard, but don’t listen to them. The best pizza is at Papa Pane di Sorrento (Ackerstr 23). The pizza here doesn’t get enough love, because their focus is on Italian food in general (not just pizza). Basically anything on the menu here tastes great.

Best Indian: If you like Indian food, you might be a little disappointed with the offerings in Berlin, especially since Mirchi has a monopoly and their food is subpar. However, make your way to Moabit and get the Butter Chicken or Murgh Madras at Agni (Kaiserin-Augusta-Allee 1). Honestly anything there is f***ing delicious. The place only has 10 seats, but I went there last month and they mentioned they have a new and bigger place in Prenzlauerberg (Prenzlauer Allee 145). If you are with a big group, I would give that one a try.

We thank Paola for her  time and letting us put her love for food & immigration services in words on SiB. Feel free to ask questions in the comments, i’ll pass them on and you get a reply. 🙂

If you want to make a donation & help refugees around Berlin

4 dirty tricks Berlin landlords might try to pull on you

Manage Cookie Consent
We collect anonymous statistics about our visitors to improve SiB.