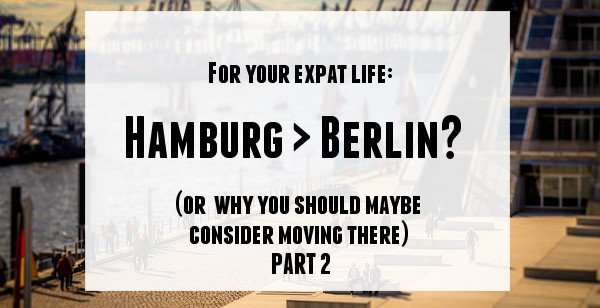 Following-up with my nonsensical* exploration of Hamburg as a good candidate for your expat life in this post, we look today at why Hamburg might offer more stable situations for their inhabitants and how its environments improves quality of life.

As we all know too well, Berlin is going through a pretty spectacular transformation which in many parts of the city translates into a quick gentrification. We will not discuss here the pros and cons of such a phenomenon but the speed with which this happens is putting a lot of people in difficult situations as the wages haven’t increased as much as rents have.

Hamburgers are somehow better off here even though rents are much higher than in Berlin for 2 reasons.

There is something about living on the sea-side that is just instantly increasing quality of life. It’s hard to know why. Maybe water has a natural soothing effect or simply the appeal of the horizon that makes you instantly more free in a way? Even though Hamburg is a busy metropolitan area, the many canals, bridges and harbors create numerous little relaxing “pockets” within the city, where you can enjoy a beer afterwork. Taking a ferry as part of your commute is also a treat. I personally love looking at the massive containers being loaded and unloaded in the bay; it’s a lovely sight. Whenever you need a break, just go relax along the water like at Blankenese for example. After all, that’s exactly what we do in Berlin when the weather allows it: going to Müggelsee (or other) or sit at the Spree with a cool beer. 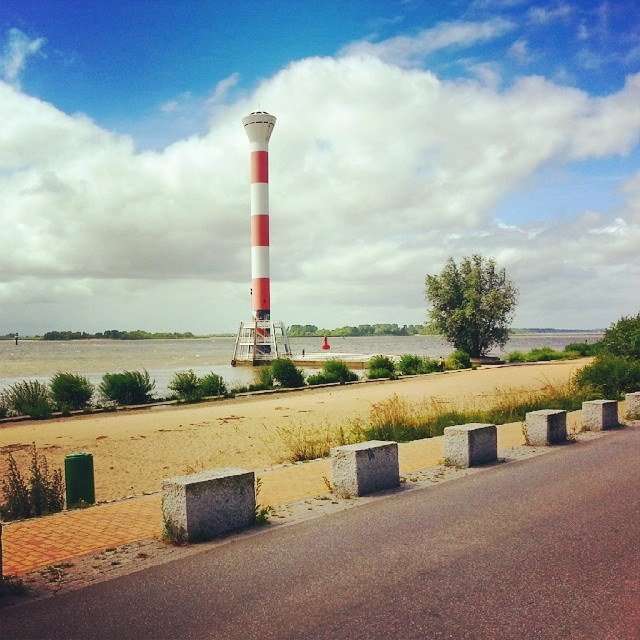 We sure love to get around with a bike in Berlin, that’s often the fastest way to reach your destination or go to work. Hamburg is also doing well in that department with a great network of bike-only lanes all around the city, even if a bit out of the city center. A hire system is also in use in a system close to Deutsche Bahn’s Call a Bike; StadtRad. I’ve seen a lot more people using it than in Berlin. It seems to work well. People are equally ruthless riding a bike too, it will make you feel right at home. 🙂

I’d love your impressions on the city if you have been living there or if you visited friends. Did you see yourself living there? Any reasons that made you feel it was not the right choice for you?

*nonsensical for a blog named “settle in berlin”.

Disclaimer: This post has been made possible by the city of Hamburg & Next-Media Hamburg, who invited me to stay in the city to let SiB’s readers know more about it. I haven’t been paid to write this post but they did cover my costs to go there with the train and stay one night at an hostel in St. Pauli. Those lines do reflect my views only and they haven’t been edited by them. I thank them again for their kind time on site and their invitation. 🙂

If this post piqued your interest, here are some some things to delve into:

Why Hamburg: A blog held by a british expat exploring the reasons why internationals are choosing the city.

Welcome Center Hamburg: the official bureau for anyone settling in Hamburg.

A Master Arbeit about the differences between the local start-up scenes in Berlin & Hamburg.

4 dirty tricks Berlin landlords might try to pull on you