It is fascinating to think that a practice that was considered alternative only a few years ago is now thriving. Berlin is well-known for the way it has favored alternative lifestyles through the years. It is therefore not a chock to discover that many yoga classes in Berlin have outgrown their initial audience to appeal to anyone from the 20-something young professionals to retired old ladies.

To practice yoga has many virtues and can be a welcomed change from the performance-driven work-out sessions. This was exactly my realization after i lost interest in going to my after-work sessions at McFit. I needed something else than over-crowded machines, unpersonal courses and top 40 playlists blasting through loud ceiling speakers. 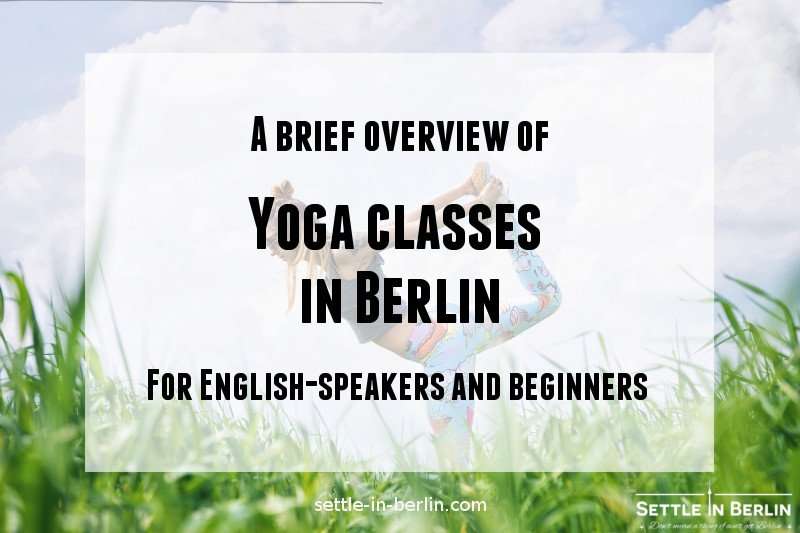 Yoga studios in Berlin instead offered me a more suitable option: focus on core muscles, inner energies, flexibility and a much less aggressive environment.

To pick the golden nugget among all yoga classes in Berlin is not easy however, especially for a beginner like me. It took me a while to navigate all parameters properly and i wanted to share some of my findings to let you find the option that suits you best.

Which style suits you?

Feel free to skip this if you are already knowledgeable but as this was a complete discovery to me. Yoga is thousands of years old. It branched out in many practices over time. These are the most common ones taught in yoga classes in Berlin.

You can read a full description for each style here but it is generally agreed that Hatha yoga is a good starting point for beginners.

Also consider this when picking a studio/class

Although Yoga is performed in a group, it doesn’t have to lead to interactions with the teacher or between students. This can be a good or bad thing depending on what you want. A shy beginner might be reassured a larger group where one is less visible. Others might prefer a smaller class where the teacher will test your limits, fitting your individual skills and profile.
Are you also interested in entering a community to meet people? In this case, studios with cafés or yoga centers attached might be more suitable.
Are you rather the type to come in, exercise and leave right after? A gym might just do the trick.

Yoga is an ancient practice that has been deeply rooted in spirituality since millennia, and it continues to do so today; connecting body and mind. Modern science has also recognized its positive impacts on stress, flexibility and overall physical shape. This is why you find studios at all points of this spectrum, not just teaching asanas, nutrition & meditation but also studying chants and old yogic texts. Just make sure you understand where your class is there.

This boils down to how much structure and repetitions do you need as a student. Some love the reassuring aspect of routine but others are more interested into exploring and changing their program once in a while to stay committed to the practice.

In the end, it’s all about finding the right energy, the right vibe in which you will thrive as a Yoga student.

There are so many Yoga studios in Berlin that it would be difficult to list them all. Feel free to add your recommendation in the comments.

While popularity is not always a good measure for quality, it does inevitably lead to a good reputation, with students eager to recommend it to their friends. This is probably why you will often the see following studios come up: 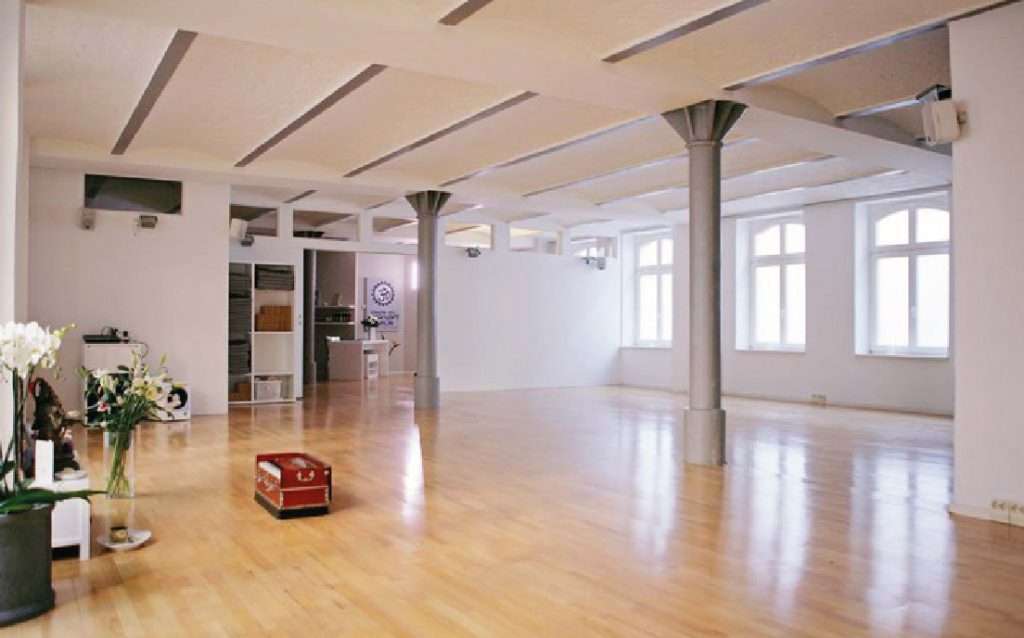 A very good representative of the Jivamukti practice and philosophy in Berlin, Jivamukti Studios are located in Berlin & Kreuzberg. People in search for a more spiritual practice are praising their classes. It involves chanting & meditation together with physically demanding positions.

At the other end of the spectrum, Ashtanga focuses on the body first to improve on your sense of flexibility, strength and stamina. This is a good choice if you want to keep those muscles pumping without destroying your joints. However, it’s recommended if you have some months of experience behind you first. Ashtanga Studio is your go-to yoga studio in Berlin for that practice. 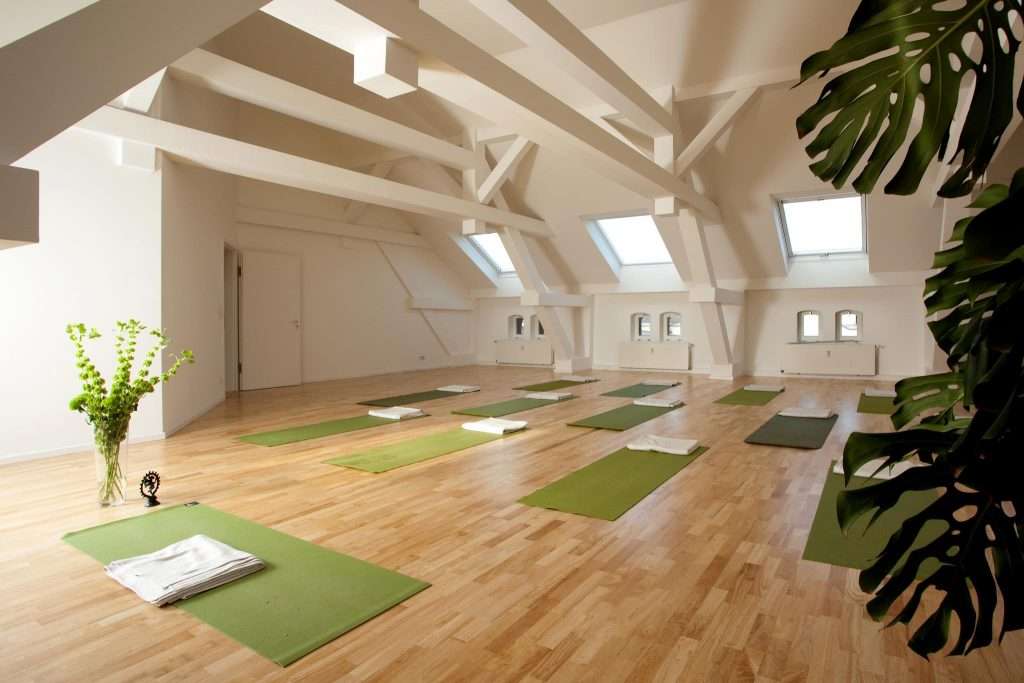 Yoga Sky boasts a beautiful location on the top floor with a beautiful view. That can’t hurt to lift your spirits. It is also well-suited for beginners as they are offered accessible styles such as Hata & Vinyasa but can advance to more advanced styles later. Enjoy there a wide selection of approaches that also accommodate business people, new mothers and teenagers.

Also a good choice for beginners, y4all is mostly concentrating on the Vinyasa practice while adding Pilates and core-focuses classes too. I liked that they offered a very affordable intro offer for new students the first month. 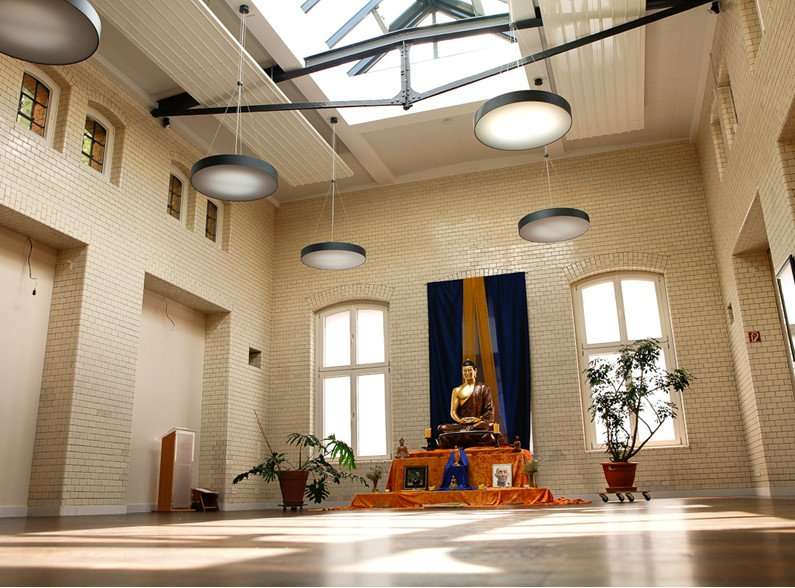 While most of yoga classes in Berlin are often taught in English too, no other studio has dedicated their offer so clearly to English-speaking foreigners in the capital city. Here you will practice Vinyasa under the watchful eye of the beautiful Buddha statue of the Buddhist center. Tea and mats are also provided. 🙂 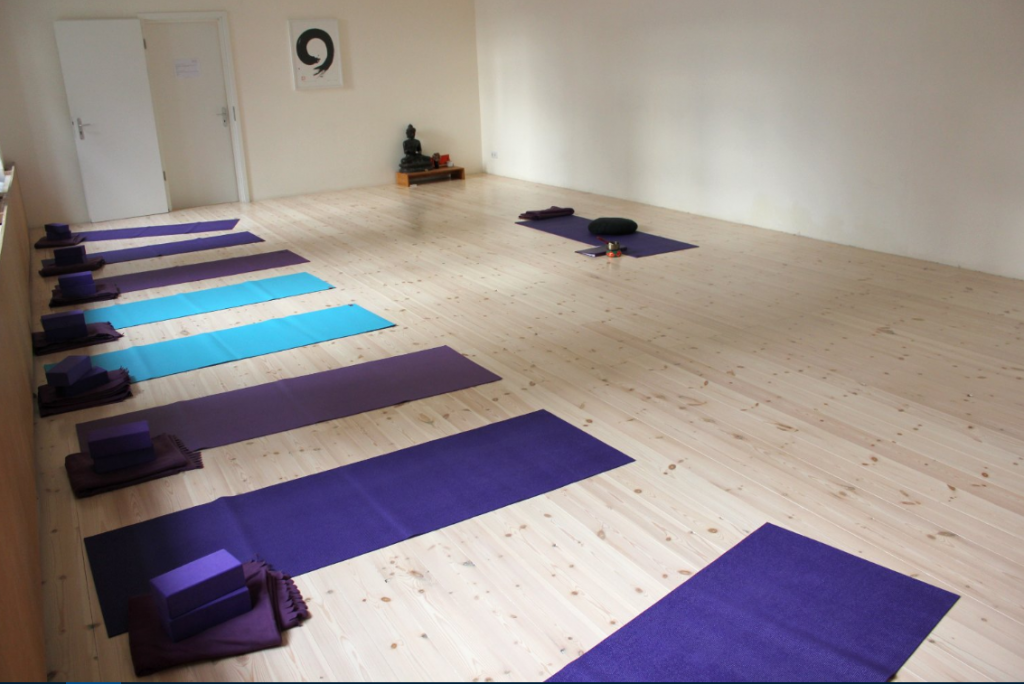 Located right next to one of the most interesting outdoor spaces in Berlin (Gleisdreieck), ZenYoga has a little focus on meditation and to make it fit in our busy lifestyles. It’s a smaller studio allowing for a more intimate group to practice together.

Yoga during and after pregnancy in Berlin

Vitamin B – Bewegung in Berlin

Katrine’s classes via Vitamin Bewegung are tailored made for pregnant women, and all the special care that is needed during that very special time. You check the pre-natal yoga class. There is also a class completely dedicated to women who gave birth via c-section. This requires extra-attention to how core abdominal muscles are strengten after such a surgery. It is called “Rückbildungskurs nach Kaiserschnitt Berlin“. Katrine’s experience and personality is a big comfort when it comes to do something good for you and your baby. 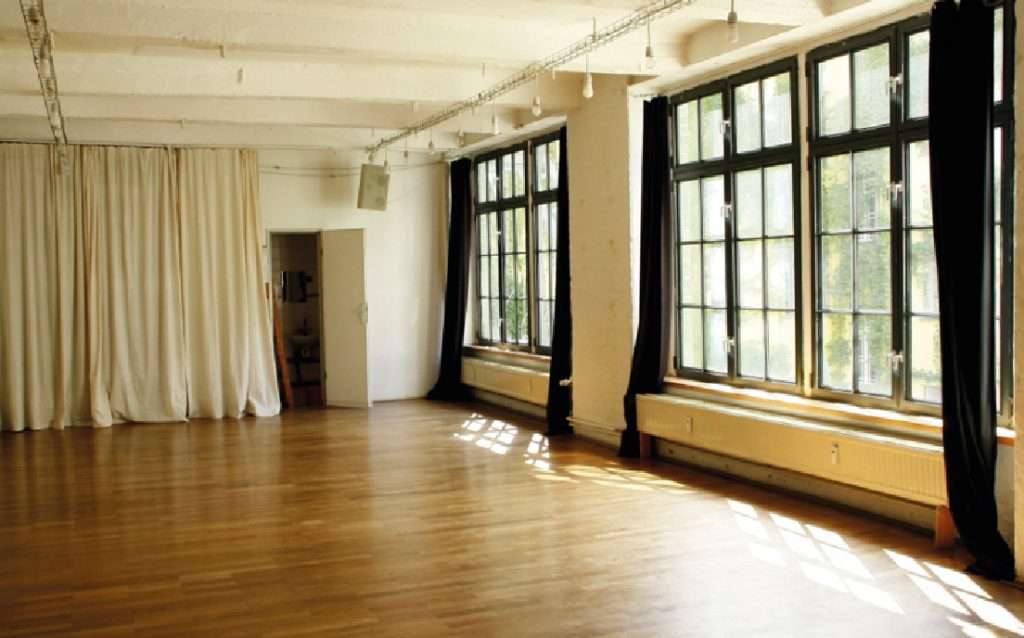 Many yoga classes in Berlin are for-profit entreprises which will charge you a fair amount to learn and practice in a group or with a private coach. While you can find a wide range of prices across Berlin, it’s difficult to beat Yellow Yoga in this area. Yellow Yoga is a community supported Yoga studio in Berlin which also means that there is a great spirit behind the project, letting you pay sessions depending on your income. You will all sorts of styles across their 2 yoga studios in Berlin.

Sometimes, following classes made for the masses is not the most motivating thing to do. You have to find your niche, where you will feel right at home. While doing my research, I stumbled upon more exotic yoga classes in Berlin. While it didn’t suit my criteria, it’s good to know that there is something aside the mainstream options.

If you like beer and yoga, why not combine both? That’s exactly what the founders of this class thought, with great success to date. Learn all asanas while keeping your Augustiner at arms-length. It’s fun and can be a nice break from the all too serious approach to yoga. Learn more this way.

Yoga is a tough practice that will challenge your flexibility,strength, sense of balance and endurance. How about doing it in a room heated at 40°C? If you are skeptic at first, do try to picture how warm the weather is in the regions where Yoga was invented. Probably pretty hot too. So that might not be so crazy after all. A hotter environment also means a deeper cleansing through sweat. Sun Yoga is a recognized studio for that.

The FKK culture is strong in Germany. It would then not come as a surprise that you can also find yoga classes in Berlin that will let you know practice naked. I can imagine that is pretty liberating, like jumping naked in a cold lake. This particular course is gay-oriented but there are other classes for straight people (mixed classes too i imagine). Give it a go here.

The German capital is spearheading the LGBTQ movement in Germany and Europe. If you prefer to practice yoga with similar orientations as you, there are yoga studios in Berlin for that too. Yoga Boys got you covered.

Yoga is about re(aligning) energies, so why not taking care of your libido too? While those courses are not sexual per say, they do use yoga as practice to explore your sexuality and channel those energies. Probably something to recommend to advanced practitioners and mature persons. More information this way.

This concludes my little tour of yoga classes in Berlin. This is however a very incomplete one so don’t hesitate to put your experience in the comments. 🙂